Promotion of daily cleanliness drive and awareness campaigns under the guidance and leadership of Dr. Sashi Kanta Saikia is very noteworthy. He has contributed a lot in driving many notable revolutionary steps in the field of Swachhta Awareness amidst the masses.

Dr. Sashi Kanta Saikia is the renowned name for the Green Club of DHS Kanoi College and Environmental Movement which he had started after joining DHSK College in 19th June 2015 as the Principal of the College. His ultimate devotion towards the protection of nature and his aim to preserve the beauty and excellency of this prestigious college led him to initiate a revolutionary step by forming the Green Club of DHSK College and Environmental Movement.

The Green Club of DHSK College and Environmental Movement led to the initiation of various cleanliness works every morning from as early as 5 am everyday under his guidance inside the DHSK College campus.

No Holidays! No Sundays! No Summers! No Winters! No Hot! No Cold! No Storm! No Rain!  Yes, the cleanliness works are conducted everyday and, that too he does this with his utmost dedication as a government servant. And yes, he has done it for more than 2,200 (Two Thousand Two Hundred) days till July 2021, and still continuing.

Every year the whole world celebrates World Environment Day. Year after year the human race is fighting for the safety of the environment. All these movements towards the protection of environment seems to be partially fullfilled.

The rate of literacy is increasing with time but it is unable to make people aware of possible consequences of environmental degradation. Everywhere is the effect of pollution, be it in air, water, or land.

It seems that not all educated people are putting full efforts towards environmental protection, otherwise the increase in the number of educated people should not have increased the level of pollution too. Even it has been also experienced that post meetings organized on the occasion of World Environment Day is left full of garbage with plastic disposables everywhere.

Each and every human being must develop the environmental movement within themselves. Human Being, which is considered the best of all creatures in the world is the only reason behind all kinds of destruction to the environment.

People can make small changes with small activities without very much depending on others. But, it does not happen! 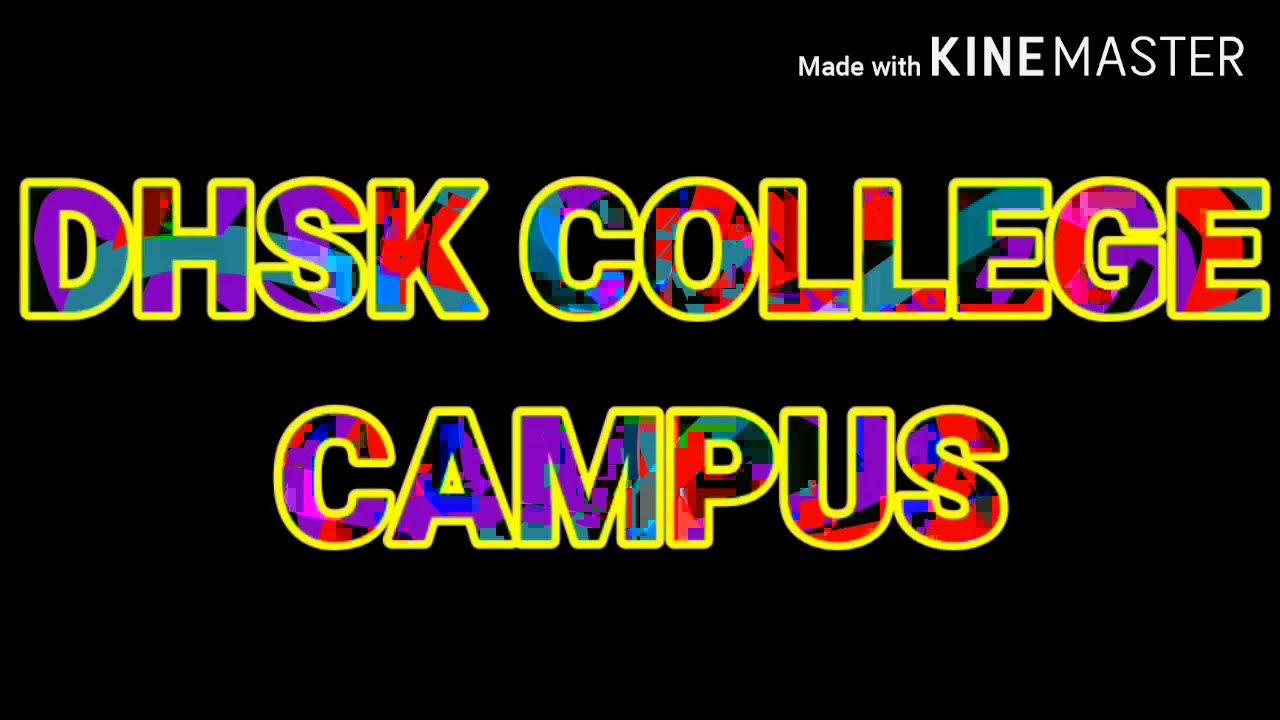 When Dr. Sashi Kanta Saikia joined as the principal of the World’s largest riverine island Majuli’s Majuli College his heartfelt even much more attached to Nature. The works of maintaining greenery in the Majuli College campus started early morning every day. In this regard, he got special support from night chowkidars Atul Bora, Prasanta Payeng, Rekha Gam, and Diganta Das. They all worked hard towards the cleanliness of the campus and plantation of trees and flowering plants, etc.

Since early morning even after joining DHSK College on 19th June of 2015 as the Principal of DHSK College, he devoted himself more towards the protection of nature.

On that very day of joining Kanoi College, he was also accompanied by famous literature, journalist and Assistant editor of Agradoot Hemanta Kumar Bharali, and noted social worker Dilip Sarma from Guwahati. They all together had a tour of the surrounding of the college and noticed that for years there was no touch of any painting on the walls. The whole college campus was surrounded by wild grass and plants.

On that very day of joining, Hemanta Kumar Bharali and Dilip Sarma suggested that something should be done to preserve this prestigious college. The first thing Dr. Sashi Kanta Saikia decided was to develop the roads within the campus as there were no such road connecting all the corners of the campus.

Then he felt that it is not possible to keep such a big campus clean without any dedicated staff appointed for the purpose. Then an idea striked to create a club involving all the third and fourth-grade employees of the campus.

Anupam Mahanta who is a railway officer and social worker, Bharat Mahanta a social worker also joined the club.

With the increasing name and fame of Green Club, the joining of a retired professor of DHSK College named Bijoy Burma also increased the strength of the Club. Debaru Bhuyan also joined the club in a sporadic manner.

The president and Secretary of the students’ union also joined increasing the strength of the club. They are Bikash Misong, Jubin Buragohain, Ankur Moran, and Krishna Bhujel.

Since June 2015 the members are actively associated with the activities of cleaning the college campus despite of all unfavorable conditions.

People say that DHS Kanoi college is not only the college in Assam but probably in all over India where the college campus is cleaned at 5.00 am in the morning forming a club for the purpose. There is no evidence of taking any leave by the members of the green club even in the chilled mornings of December and January.

Thus when the sincere efforts of the Green club spread through social media, people started giving great feedbacks regarding the activities performed by the members of the green club. Actually, the members of green club act towards maintaining cleanliness of the campus. Every day their activities start at 5.00 am in the summers and 5.30 in winter.

Dr. Sashi Kanta Saikia, Principal of DHSK College considers it his duty and responsibility to accompany the members in their cleanliness drive as the head of the institution.

Dr. Sashi Kanta Saikia says that he wakes up every day at 3.30 am in the morning and after some physical exercises and completing his morning prayers he reach college at 5.00 am and leave for home at 4.55 am. Then he sit for his daily writing activities and leave his table at 9.00 am so that he can reach college by 10.00 am. Even after such a busy schedule, he never feel tired and always remain energetic throughout the day.

For the last six years, the members of Green Club are silently taking their cleanliness drive forward and the boarders of the college hostels are also contributing to this drive. On Sundays and holidays, the superintendents of the hostels depute 20 students each to join the green club members in their activities.

For the continously dedicated activities of Green Club DHSK College had received the All India 2nd Position on Swachhwata short film by NCC. Dibrugarh District Deputy Commissioner had also honored DHSK College for the same.

In such a way the seed of environmental movement is being sawn in the minds of the students also. Their honorary and relentless efforts should definitely be the source of inspiration for everyone. The efforts of the members of Green Club have made the campus once again lively.

With the initiative of SOFEC, Green Club, Students’ Union, Teachers Association, Environmental Cell various stuffs like the plastic materials, water bottle, glass, and other plastic materials have also been banned within the college campus. Dr. Sashi Kanta Saikia says, “As it has already been mentioned about the efforts put during my three years and three months tenure of being principal at Majuli college with the support of night chowkidar Atul Bora and fourth-grade employee Diganta Das, Prasanta Payeng, and Rekha Gam. Hereby I take the opportunity to thank the members of Green Club and those employees of Majuli college for their sincerity.”

Dr. Sashi Kanta Saikia also added a statement and says, “As the principal of the college, I thank the boarders of Girls’ and Boys’ Hostel of the college for their support and cooperation. The activities of the Green club are being recognized and felicitated by a number of organizations such as SEWA, SOFEC and the district administration also felicitated the members for their selfless activities.“

Due to this work culture of Green Club, Kanoi college has the proud privilege of receiving the award of the second cleanest college in the country of India.

Dr. Sashi Kanta Saikia as Brand Ambassador of the Assam state in coordination with other members of the committee works in proper cooperation to drive cleanliness, swachhata, and safai awareness throughout the Assam state (INDIA).

Regarding that Dr. Sashi Kanta Saikia with his words of gratitude added that the letter from the government no. DHE/CE/Misc.265/2016/63 dated 24.01.2019 has inspired him to get himself involved with the environmental and cleanliness movement. All Green Club Members, Boarders of Boys Hostel, Girls Hostel, and NCC DHSK College have also been honoured with Certificates of appreciation. It was all for their relentless efforts towards a clean and green environment.